The DOD has been ramming through an illegal vaccine mandate by lumping an EUA vaccine in with the BLA vaccine which was FDA approved on August 23, 2021. If you’re not familiar, military service-members can’t be forced to take an EUA vaccine unless the Commander in Chief (President Biden in this case) issues the order (which he hasn’t), and even then there are certain stipulations which apply.

Now we have a federal court ruling from the 11th Circuit Court in Pensacola Florida which confirms what I’ve been saying.

In Doe vs. Austin, Case No. 3:21-cv-1211-AW-HTC, District Judge Allen Winsor wrote the following in his verdict:

The DOD’s interpretation of § 1107a is unconvincing. For starters, FDA licensure does not retroactively apply to vials shipped before BLA approval. See 21 U.S.C. § 355(a) (“No person shall introduce . . . into interstate commerce any new drug, unless an approval of an application [for FDA licensure] is effective with respect to such drug.” (emphasis added)). Thus, as a legal matter, vaccines sent before August 23—and vaccines produced after August 23 in unapproved
facilities—remain “product[s] authorized for emergency use under section 564 of the Federal Food, Drug, and Cosmetic Act.” § 1107a(a)(1). Section 1107a’s explicit cross-reference to the EUA provisions suggests a concern that drugs mandated for military personnel be actually BLA-approved, not merely chemically similar to a BLA-approved drug. And the distinction is more than mere labeling: to be BLA compliant, the drug must be produced at approved facilities, see ECF No. 1-4 at 2; 21 C.F.R. §§ 600.11, 600.20-.21, and there is no indication that all EUA-labeled 15 vials are from BLA-approved facilities. Moreover, the DOD concedes that some of its current vials are not BLA-compliant, and that there is no policy to ensure that servicemembers get only BLA-compliant vaccines. See ECF No. 45 at 61:10-12. It is difficult to see how vials that the DOD admits are not BLA-compliant—and thus could only be EUA products—could fall outside § 1107a’s prohibition on mandatory administration.

The main argument for the EUA vaccine’s use in place of the FDA approved version (which hasn’t been produced for distribution) has centered around the word “interchangeable,” which somehow gives blanket approval to shoot everyone in the military up with the unapproved batches. Fortunately, a federal judge agrees with me, and he said it’s not legal. (Idiots; I told you so…????)

There must be something legal that exists to support the DOD doing what they’re doing though, right? (You mean besides complicit ignorance?) Sure, except the criteria for those conditions still haven’t been met. Read the following (I’m also including the full powerpoint for download at the bottom of this article which was beautifully put together by a fellow patriot):

I understand it’s probably hard to read, so I’ll give you the takeaway: The BLA approved NDC codes (FDA approved and compliant for the DOD mandate) are 0069-1000-03 and 0069-1000-02. It also says Pfizer does not plan on producing any product with these new NDCs while EUA authorized product is still available. (I would highly suggest you download the powerpoint below and educate yourself. It is loaded with insider information.)

Judge Winsor goes on to write:

The FDA’s Comirnaty approval letter says that the labeling on Comirnaty vials “must be identical” to what Pfizer submitted in its application, ECF No. 1-4 at 4, but this label does not appear to be identical to an EUA label, see ECF No. 1-5 at 28. And federal regulations require the FDA commissioner to initiate license revocation proceedings if he determines that a licensed product is “misbranded with respect to any [of its intended uses]” or “fails to conform to the applicable standards established in the license . . . designed to ensure the continued safety, purity, and potency” of
the product. 21 C.F.R. § 601.5(b)(1)(iv), (vi). These provisions could be read to prohibit distributing a fully licensed drug with an EUA-specific label and package insert rather than those its BLA approval require.

The government, specifically the DOD in this case, has issued an unlawful order for service-members to receive EUA vaccines, and they know it’s unlawful. As you can see in a recent post we uploaded to Instagram, there’s incentive for all of this.

The real damage in this is not going to be the tens of thousands of careers that are stunted and ruined in the short term, but it will be the long term effects of seeing a complicit hive mind of senior leaders and administration officials, who purposefully abandoned the law and due process, destroy the trust and faith a generation of Soldiers, Sailors, Airmen and Marines put in their chain of command. It will be the irreparable damage done to our national security due to shortages in quality retention and recruitment when patriotic American citizens decide they don’t want to work for an organization who is willing to abandon principles of integrity and honor on a whim as “mission dictates.” The ideals of right and wrong must never be cast aside in an organization that contends to uphold the freedoms and rights of all, especially one that is tasked to make war and decide who lives and dies. 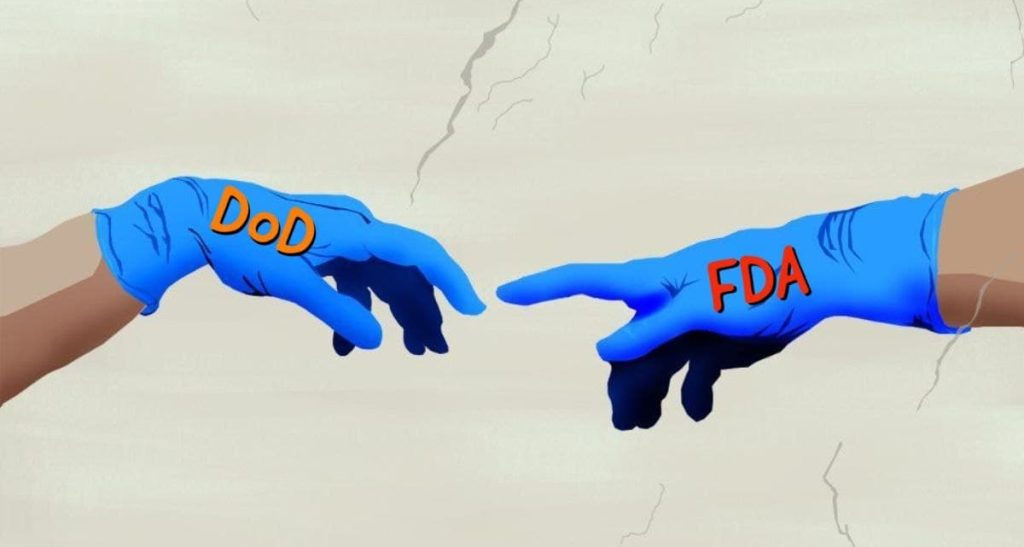 Since it is well established that there is no licensed product to fulfill the mandate, the time has come to explore this legally. As is…

Mental health and the justice system are broken in the DOD (Department of Defense). I’ve written and talked about this subject numerous times, but time…