Dez Del Barba was like any other American kid. He grew up in much the same way many young men do in this country, involved in sports and a myriad of other pastimes. He also grew up in a military family, so his affinity for service and duty to country was strong. While still attending college, he joined the California National Guard and was accepted to Officer Candidate school.

He took his last semester off from Sonoma State University and left for basic training on January 7, 2019.  A little over halfway through basic training, he became sick and was left untreated for what ended up later being identified as Streptococcus A.

The lack of treatment ended up leading to a flesh eating disease known as necrotizing fasciitis, a bacterial infection that results in the death of parts of the body’s soft tissue. This was completely avoidable, and had he been given proper attention when he first went to medical, the irrevocable damage he suffered could have been avoided with a simple penicillin shot.

At age 21 Dez had to endure 25 surgeries for non-combat related injuries. Some of those surgeries include above the knee amputation on his left extremity with multiple debridements (the removal of damaged tissue or foreign objects from a wound) to both right and left extremities (legs and right buttocks), both arm pits, multiple skin grafts for infection control and then ultimately soft tissue coverage with multiple split thickness skin grafts.

Dez has extensive soft tissue damage with muscle and nerve loss of bilateral upper arms and bilateral axilla/flank. He has a contracture scar formation limiting the range of motion of bilateral arms, hips and legs. Due to the extent of soft tissue loss, he has exposed bone and tendon along with prolonged immobility in his right foot/ankle in the form of weakness and foot-drop.

All of this could have been avoided if one of the eight medical professionals who attended to him had taken the time to give Dez the basic medical care he needed. The Army Times and a few other publications glossed over the issue briefly when it took place, though there was no mention of what happened to the trainees involved.

In November of 2019 Dez attempted suicide because of the extent of damage done to his body and how deformed he was, though he is still alive today.

Christopher Huss endured much of the same medical trauma as Dez. On January 17th, 2019, while stationed at Fort Benning, Christopher developed a fever of 103° and went to the base emergency room. While there, Christopher was given a fever reducer and sent back to the barracks with no activity restrictions.

On January 19th, Christopher went back to the base ER with severe back pain, fever and dehydration and was diagnosed with the flu. Bed rest was recommended, but his Drill Sergeant would not allow him to lie down. He was forced to sit hunched over for two days.

His condition continued to deteriorate, and on January 21st, Christopher was taken back to Fort Benning’s ER with a high heart rate which lasted all day. He was treated for dehydration at the base hospital and was not transferred to an off base hospital nor kept for observation. Christopher returned to the barracks where he had the first of several heart attacks at 9:53pm.

Christopher continued to code until the Army contacted Piedmont Regional Medical Center at 11:27 pm to transfer him. Records state he was transferred at 1:24 am on the 22nd. He died at 8:00am on January 22, 2019.

The autopsy revealed that in addition to the flu, he had a strep infection. Christopher was in the same company as Dez.

Christopher left behind a pregnant wife and a 13 month old child. Besides some promises to makes changes to procedures, no one has been held accountable for these acts of medical neglect. The medical staff still continues to do their job without incident.

The Feres Doctrine is a legal doctrine that prevents members of the armed forces who are injured while on active duty from successfully suing the federal government. Many people believe that a recent ruling in favor of a Green Beret who fought back in court against the Feres Doctrine means that service members can now sue in the event of medical malpractice, but this isn’t entirely accurate.

Task and Purpose wrote an article which stated:

The guidelines, which were determined by the Department of Defense, stipulate that “the adjudication of claims under this authority is not an adversarial proceeding, there is no prevailing party to be awarded costs, and there is no judicial review. The settlement and adjudication of medical malpractice claims of members of the uniformed services is final and conclusive.”

In layman’s terms, what this means is: This is a claims process, and not a court case. As such, it might limit the ability of service members and their families to get answers to what went wrong, who’s to blame, and, as worded, it appears that there is little, if any, room to challenge the military’s final decision in court once the process is complete.

There is something that can be done about it though. Go to this link and sign the petition which will push the ruling in front of a congressional committee. Many representatives aren’t even aware a ruling was passed. This will force the issue in front of them.

If you want more information on this, visit:
Saveourservicemembers.org

I want to talk about suicide. Every time I hear or read about someone saying, “just reach out if you’re thinking about hurting or killing… 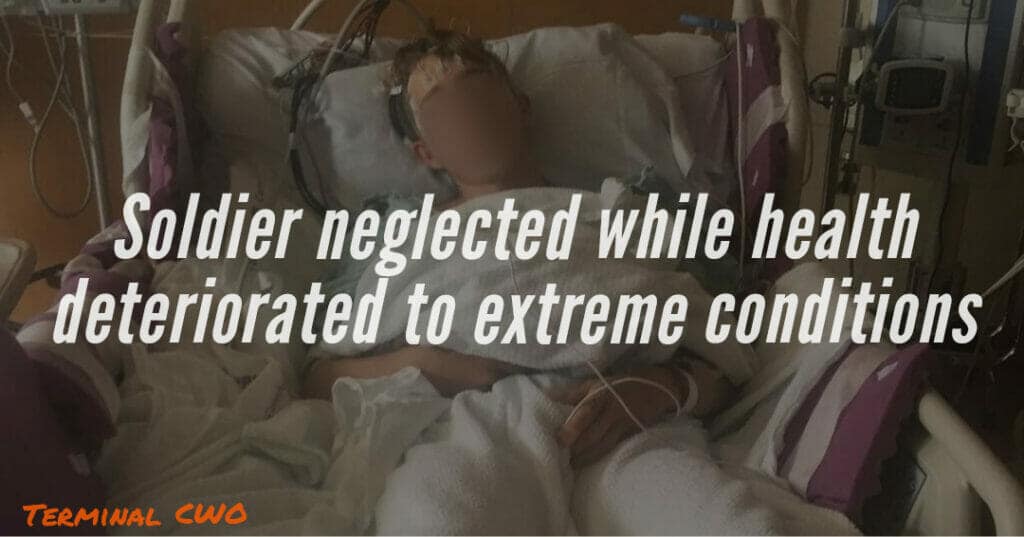 For the purposes of not bringing unwanted public attention to the individual, the name of the soldier in this article will be changed. A soldier…

Since I joined the army approximately twenty years ago (I won’t be getting any more specific for obvious reasons), I have seen vast cultural shifts in not only America, but the military as well.

It seems like we move from controversy to controversy in this country without clear direction or emphasis on staying put so that we can have a full conversation. What was the issue yesterday? I’ve almost forgotten. Today’s issue seems so much more engaging, and I’m sure the argument we’ll have tomorrow will be even more volatile.

Repeated Medical Failures in the DOD go Unnoticed and Unpunished